Justin Weatherbee’s mother endured 36 hours of labor before giving birth to her son in September 1989.

“This big Samoan doctor slides under her and catches me. He said, ‘I caught him just in time’, and that’s how I got my name,” Weatherbee said.

Weatherbee said he’s been cheating death ever since.

After battling drug abuse and addictive habits for 20 years, Weatherbee has spent the last three years sober. He is now an alcohol and drug abuse counselor.

“Addictive behaviors were prevalent in the beginning before I ever put a substance in my body,” Weatherbee said.

He recalled stealing small trinkets from stores just to see how far he could stretch his luck.

Born in Hohenwald, Tennessee, Weatherbee spent much of his childhood alone.

“I was a child of neglect,” he said. “My mom was an alcoholic, stepdad always at work.”

Weatherbee also suffered abuse at the hands of his biological father but does not believe this caused his addiction.

“I used the drugs because I don’t want to see my part in anything,” he said. “I wanted to go to oblivion.”

His mother, who battled breast cancer and underwent a double mastectomy when he was young, would often tell him to leave her alone, he said. At 10 years old, he was given a guitar to keep him busy.

“I would just go to my room and write music,” Weatherbee said. “I got really good.”

Eventually, to occupy his time and stay out of the way, he turned to friends much older than him. He often wrote music for them, and they would play together.

One night when he was 12, he was offered marijuana, Weatherbee said.

“I smoked, then I played the guitar, and it was the most beautiful sound I had ever heard in my life,” he said. “From that point on, I was going to try every single drug just to see how music sounded with it.”

Aundrea Thomas, a clinical social worker from Glasgow, said that marijuana is still widely considered a gateway drug because of what could be in it.

According to American Addiction Centers, cannabis is one of the less likely drugs to be laced, but it cannot be ruled out.

“It’s easy to get something else mixed in that can trigger addiction,” Thomas said.

Weatherbee said his mother warned him of the danger of drugs.

“She told me about doing LSD and not wanting to step on the carpet because she thought it was on fire,” he said.

Weatherbee said these stories, which she would tell him often, only increased his interest in trying other drugs.

Weatherbee was only 14 when he began experimenting with harder drugs like opiates, lortabs and methadone, he said. His usage began affecting him more severely with these drugs.

“They would make me sick when I didn’t have them,” he said. “I’d go into class and fall asleep during tests because I was so high.”

Although he slept through class, Weatherbee was lively at parties featuring hundreds of guests.

“I’d sit in a circle and sing, and they’d sing my music,” Weatherbee said. “I fed them LSD.”

He was 16 when he was introduced to methamphetamine.

“That got tough quick,” he said.

“I’d been up for six days,” he said. “I’ve got meth in the car. I got to a roadblock, and I was trying to figure out where to put it. I look up, and I see a cop car completely get run over by another car.”

Thinking he witnessed someone die, Weatherbee said he called family members and even told an employee at a gas station what happened.

“My dad was a firefighter from Evansville, and he knew the sheriff from this town,” Weatherbee said. “None of it ever happened.”

This is one of many hallucinations Weatherbee experienced during his time using drugs, he said.

His only coping mechanism at the time was doing more drugs, he said.

At 19, he was introduced to heroin. At 22, he began injecting a combination of heroin and meth.

“When I put that needle in my arm, it became a whole different story,” he said. “It became my mother, my father, it became my girlfriend — absolutely everything to me.”

Thomas said drugs are often used as coping mechanisms and to regulate emotions and stress.

“It comes to a point where it stops working — the needle doesn’t take the pain away,” Weatherbee said.

Weatherbee acknowledged that his childhood influenced his addiction to drugs.

Thomas said alcoholism and addiction can be genetic, but they can be hard to trace.

“In that way it’s like an autoimmune disease or heart disease,” Thomas said. “It might be masked to where we don’t even know.”

Because of this ambiguity, Thomas said it’s important to consider environmental and genetic factors that can play a role in developing addictive patterns.

Weatherbee said the worst part of his drug use was lying to his fiancé, Christina Scott.

Weatherbee and Scott have been together for seven years. They were together for around two years before she found out about his drug use, which was in May 2016.

“I lost the ability to control whether or not I was going to lie to her,” he said.

“My arms would look like they’ve been beaten by hammers, and I’d still tell her I’m not shooting dope.”

During this time, Weatherbee was working at treatment centers and was able to keep his drug use a secret. Scott recalled being in class at WKU when she had a feeling that something was wrong.

“I’m a very visual person, so I noticed little physical things,” she said. “His hands would shake when I asked him certain questions. His hair was thinner. His eyes were not the same. It felt like looking into someone else’s eyes. He was not the Justin I knew.”

Scott grew worried when Weatherbee wasn’t answering his phone as she was calling to check in on him, she said.

“I did a welfare check and called it off because I thought I was overreacting,” she said.

After thinking about what could be going on with Weatherbee, she redialed for the welfare check.

Scott and her father met the police at her and Weatherbee’s apartment.

“We found the drugs before we found him,” she said.

Scott said she remembers the vivid scene of her boyfriend overdosing to this day. After checking the apartment, they found him in a car outside.

“He was in a Western outfit with his boots halfway on,” she said. “He was in the driver seat of someone else’s car, just completely out of it.”

The police arrested Weatherbee, taking him away in a police car, Scott said.

The arrest was made half an hour northeast of Bowling Green in Park City.

“I didn’t want anyone to know,” Scott said. “I got calls from so many people: My family, friends, professors. It was on WBKO.”

A few days later in the hospital, Weatherbee’s heart stopped. It was the first time Weatherbee would need his heart to be resuscitated.

Scott said this was a wakeup call for her.

“When we first met, he told me he was an ex-heroin addict, and I thought it was cool,” Scott said. “He was dark and mysterious.”

She said the romanticization of hard drugs in books and movies contributed to her naivete.

Scott was eventually diagnosed with post-traumatic stress disorder from the event. Weatherbee said one time he awoke to her holding onto him in his sleep, shaking him to make sure he was breathing.

After Weatherbee was released from the hospital, he went to treatment and was sober for about three and a half months.

“When he relapsed it was absolute hell,” Scott said.

To get by, she said the two pretended things were fine. Scott was in her last year of college, and the couple even rented a house together.

It was all a facade, she said.

“Everything quickly went back,” she said. “He had a psychiatrist that would prescribe him whatever he wanted.”

“If you walked into a hospital and asked a nurse what they would give somebody to kill them, it was exactly what I was taking,” Weatherbee said.

Weatherbee overdosed for a second time in January 2018.

“I called for a welfare check while I was in one of my painting classes,” Scott said. “The next thing I know I’ve got a strange number calling me. I answer it, and he’s in jail.”

Weatherbee said being in jail was the only thing stopping him from using drugs.

"It felt like looking into someone else's eyes. He was not the Justin I knew."

Weatherbee detoxed in jail for seven days before being sent to Liberty Ranch, an addiction treatment facility in Kings Mountain, Kentucky.

“I fought it really hard for seven days, and on that seventh day I got down on my knees and said I’m done. I’ll never go back,” Weatherbee said. “I’ve not missed a day or a night of prayer since that seventh day of asking God to keep me clean and sober.”

Weatherbee attributes his recovery completely to finding a higher power. Though he makes this clear: It’s not religion.

“They told me religion was for people who are scared of hell, and spirituality is for people who have already been to hell and don’t want to go back,” Weatherbee said. “I could get with that.”

Weatherbee left Liberty Ranch in February 2018 and has dedicated his life completely to God, intent on being holistically healthy.

Weatherbee and Scott are now both active in CrossFit and promote self-care and therapy.

“We both have our own therapists, and we go to couple’s therapy,” said Scott, who is working toward becoming an art therapist.

Weatherbee has worked as a counselor for two years since his recovery. He continues to write and play music, as well as advocate for drug use awareness.

“Anything I have now, all my successes, are from doing the right thing,” Weatherbee said.

His advice to anyone trying to overcome addiction: “Find your higher power.”

Thomas, the social worker, said finding faith in a higher power is a very common starting point for many in recovery.

“Learning prayer, learning to leave your worries, your stress, your negative thoughts — letting go of those things empowers people to be better,” she said.

Weatherbee said after multiple overdoses and several car wrecks, he owes his life to God and helping people.

“I made it through that. I’m not going to be hateful every day and miserable,” he said. “I’m going to choose to be happy and serene and be as humble as I can because I owe it to the world.” 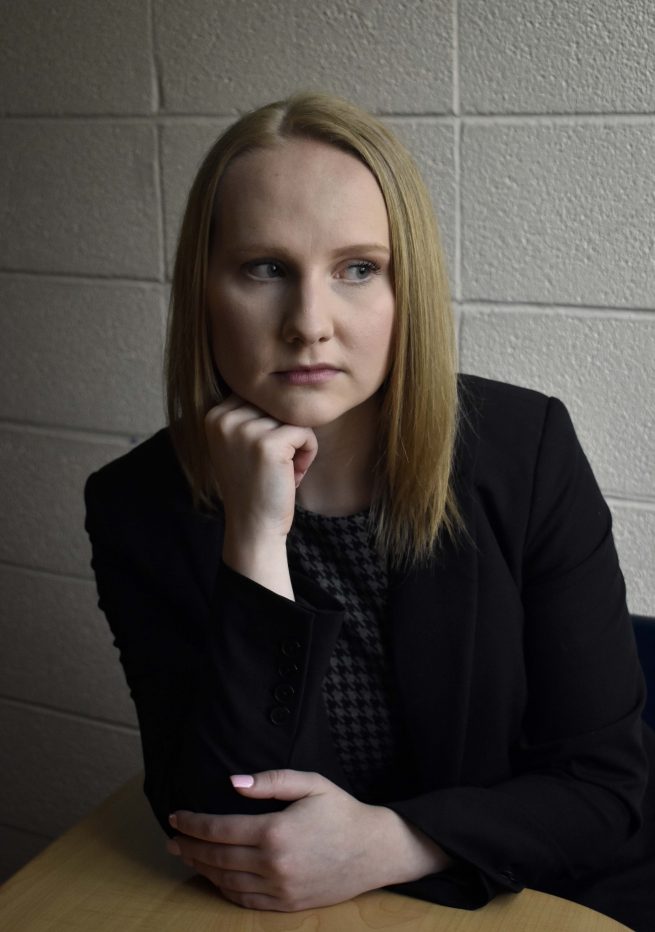 A seat at the bench 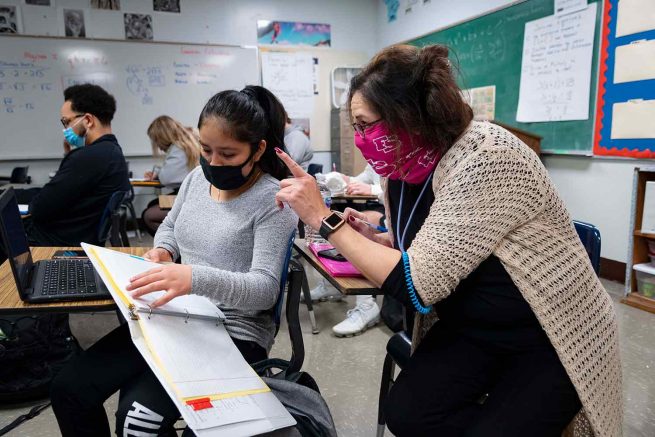 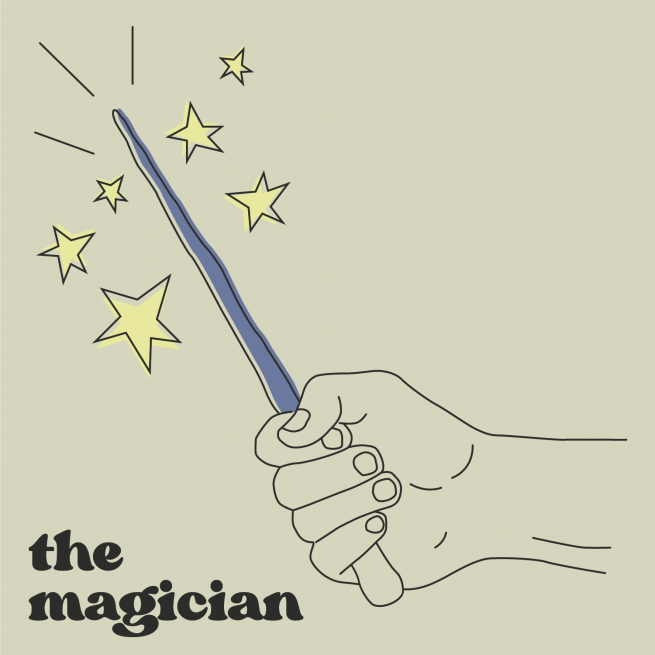